Up till yesterday, the single bird in box 3 was still alone, but was still making adjustments to the nest:

Then last night it was all change, only one bird roosting in box 2 and two birds in box 3 ... so what's going on here then? Has box 3 found a mate, or has the male of box 2 simply gone into the wrong box? Has he actually got two wives? 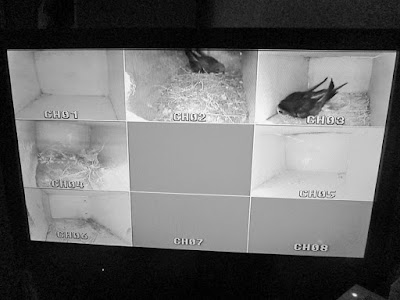 Meanwhile, in box 4 a starling has moved in and has put some nesting material in there. It also roosted last night on its own. No doubt the nest will get much larger - last year it virtually filled the box and blocked the camera view! 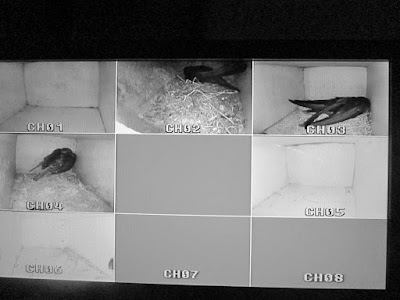