Not much has changed over the last couple of days, other than that a pair of starlings started roosting in box 6 and then started building a nest. Before they could get too far we removed the nesting material whilst they were out and put a temporary baffle on the entrance to keep them out until they had moved on elsewhere. 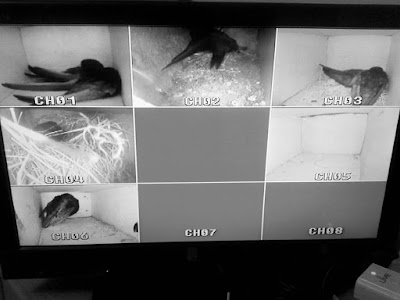 The baffle is now off again and hopefully some more swifts will have a look at it, and also box 5 which has had no interest so far. The other starling is still in box 4, we think it has four eggs. The good news today is that whilst box 2 were out we were able to see that they now have three eggs in their nest. 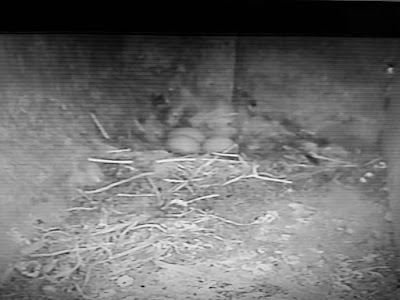 So that's five eggs that we know about - of course box 3 could also have three eggs but we've been unable to see them as they are constantly being incubated.
Box 1 have made no attempt to build a nest, although they are roosting every night and seem settled, so we gave them a helping hand -  some feathers stuck onto a sheet of thin plywood and slipped it into their box whilst they were out for the day. Hoping this might encourage them to get moving themselves! 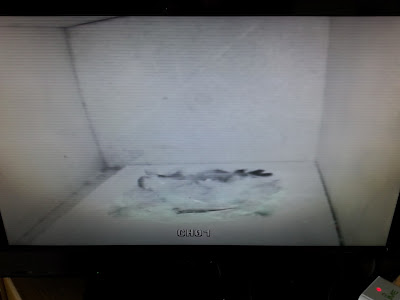