At last, the pair in box 1 laid an egg this morning. Later on the box was checked again, only to find the egg was out of the nest: 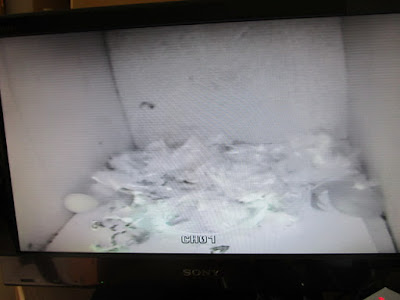 So whilst the birds were out it was placed back in the nest: 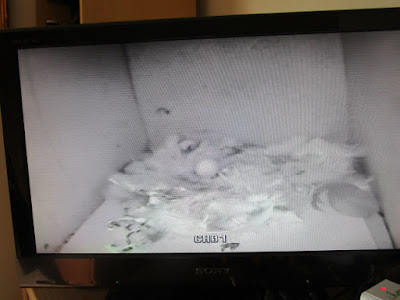 Luckily the boxes are all sited next to an upstairs window so we can reach into the boxes without resorting to a ladder every time. Here's the owner sitting on it again whilst adding feathers to the nest, and hopefully the egg will stay where it should be.

Decoy Swift has not had to come out today, (it's been 'perched' by the entrance to box 6 for the last two afternoons) because the good news is that a new pair seem to be interested in box 5 now. We don't know if it was because of Decoy Swift or not but we hope they will stay to roost this evening. Here are two short videos of the interested parties inspecting the box, firstly the finder, and then it brought a mate along to view as well:

Here's hoping they will move into this very desirable residence permanently!