Another one in Box 3

Up till now we’ve just had the two individuals in Boxes 1 and 3, but yesterday afternoon I noticed the usual ‘gang of three’ flying around. But last night just the two lone individuals roosted again. However, this morning there were two in Box 3 and none in Box 1. Either Box 1 had already gone out, or the individual in Box 1 has moved to Box 3. 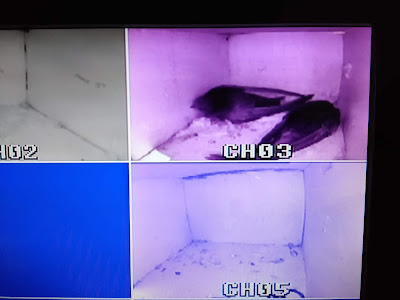 We shan’t know either way until this evening when they come back to roost. During the week whilst Box 3 was unoccupied during the daytime we collected some feathers and some fluff from some reedmace and put it into Box 3 to help them along a bit. This morning, one of the pair was happily sticking them down and has made a nice nest of them, whilst the other individual was bringing in more feathers. Here’s a short video: